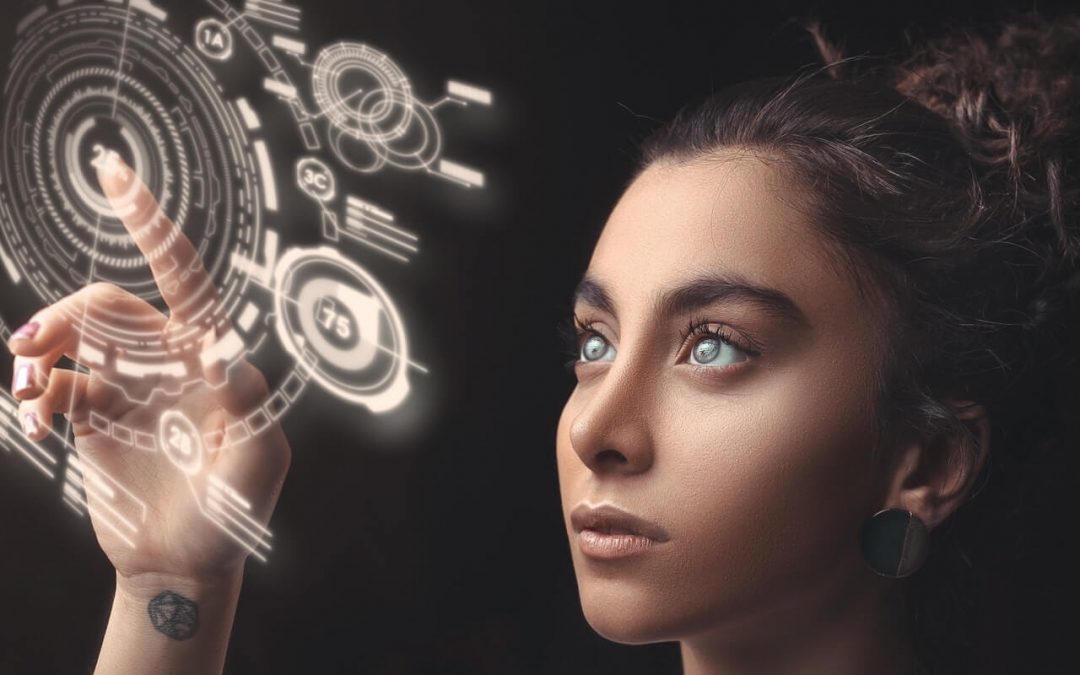 As technology evolves, interfaces have come a long way to astound us in various ways. User Interface is what we use to interact with technology.

First, we started with text based commands, then we became familiar with Windows and Apple operating systems which allowed us to use a mouse cursor, and now we are witnessing touch screens and rise of hand gestures.

Apart from computing, there is voice user interface design, augmented reality and virtual reality which enable a more immersive interaction with devices. AR and VR are being used in businesses to impress customers and increase value as well as revenue. Alexa and Google are being adopted because of their ease of use.

The future of UI design is emerging rapidly as a new discipline in the space of user experience. This has all been made possible due to the increasing rapid adoption of technologies like smart speakers, augmented reality tech, voice assistants and virtual reality.

With advancing technology the concern of User Interface has been changing from usage, to look and feel to unique interfaces that stand out. It is changing the way we interact with the people.

Let’s explore the future of user interface design and see what it has in store for us:

In simple language, brain computer interface (BCI), sometimes also known as direct neural interface or a brain machine interface, is a communication tool between a user (their brain) and a system (an external technology).

Our brain contains neurons that transmit signals to other nerve cells. These neurons generate brain waves and these waves control the system in brain computer interface. The BCI records the brain waves and then sends it to the computer system to accomplish the intended task.

These electric signals generated by the brain with our thoughts have a specific brain wave pattern for each thought. The wave signal controls an object and is used to express an idea.

In 2012 g.tec introduced the intendiX-SPELLER, the first commercially available BCI system for home use to control computer games and apps. The BCI system detects different brain signals with an accuracy claim of close to 99%.

Gesture based UI has come a long way in today’s tech environment and is gaining popularity in the future of user interface design.

The gesture recognition interface technology uses sensors or a camera to read the movement of the body and communicate the data to a computer that recognizes gestures as input to control devices or applications.

The movements in gesture recognition are input either in the form of a hand-held controller, a camera that captures movement, or some other input device like gloves.

Mostly this type of interface is used in communicating or controlling video games, entertainment, and mobile devices.

Example: XBOX 360 Kinect uses gestures to navigate the home screen, sign in or play a game. The future of gestural user interfaces in gaming includes the use of gesture-capable movements and touch screens that provide greater gaming control, mostly for 3D gaming.

Wearables are like a helping hand to manage physical tasks and remind you of your routine. Most devices are used for health related tasks like checking heart rate, cholesterol level, calorie intake, etc.

Taking an example of a smart watch, pairing it with a smartphone allows it to take on a lot of the abilities of the smartphone. Once paired, it provides calling, notification of email, messages, tweets, etc.

The highly developed examples of wearable technology include Google Glass, and AI powered hearing aids, among others.

Voice User Interfaces or VUI is an audio, visual and tactile interface that facilitates voice interaction or communication between an individual and a device. It is not necessary for a VUI to have a visual interface.

Voice User interface has met revolutionary success with smart assistants like Siri, Alexa, Google and Cortana, with speech being the fundamental form of human communication. The future of user interface design is right here, which is improving and advancing as the machine learning abilities widen with increased interaction.

People are more into voice interface because it can work faster and save a lot of time. Since voice interfaces use less cognition and more of intuitive response, it is easy for people to accomplish tasks or ease their work without much trouble.

For example: With Google assistant, one can type messages through a voice command.

Voice technology is just a start, there is more to this future of user interface that is yet to be discovered by tech experts.

Augmented Reality is no longer an emerging technology. Although the adoption levels are still at an early stage, companies have been using the AR experience in a number of apps, games, glasses and systems. However, it is yet to display its full potential.

AR enhances the real world environment and adds perceptual simulated or virtual content through computer generated input to transform objects around us into an interactive digital experience. It has entered different sectors including healthcare, retail, gaming, entertainment, hospitality, tourism, education, design and many others.

Augmented Reality in Hospitality Industry- The Next Big Thing

The use of AR in these industries has enhanced the user experience.

For the record, AR helps in decision making and choosing the best possible product or alternative when it comes to users interest. Most people know the waves IKEA created when they developed their AR-based app that allows customers to choose and place furniture in their homes and rooms and based on the input, decide on the look and feel.

AR has shown a potential for many solutions and that’s why the market being flooded and influenced by this technology. It is quite likely that the future of UI design with AR is going to make a big impact in the market.

Virtual Reality, commonly known as VR is a seasoned player in technology, but it reached new heights in the last few years with the introduction of VR headsets.

Virtual Reality gives a fresh experience by generating a three dimensional artificial environment that is explored and interacted with by an individual. The virtual environment is presented in a way to make the user feel like it’s a real environment.

The ability of VR to create immersive and enjoyable experiences is leading it to new sectors like medicine, architecture, gaming, entertainment, hospitality and arts. It’s just that more exploration and technology advancement is required for a high potential interface to make a great impact in our day to day life.

The co-founder and CEO of the social-networking website Facebook, Mark Zuckerberg after announcing to buy Oculus VR posted his opinion regarding VR on social media. He wrote “Imagine enjoying a court side seat at a game, studying in a classroom of students and teachers all over the world or consulting with a doctor face-to-face — just by putting on goggles in your home.”

The concept of digital experience has changed many courses in the past years and is still on the verge of gaining new heights from its inception.

We are currently witnessing the change in the human machine interaction and interface. We are sure that in the next decade the technology will break all the limits and dependencies (on old technology), bringing us more intuitive and immersive user experiences.

How designers are changing the face of business?